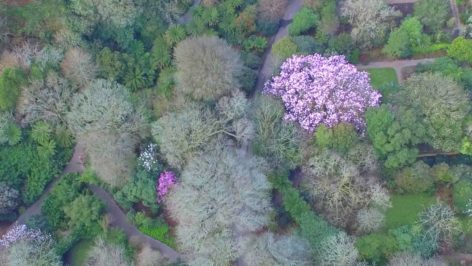 
Trengwainton Garden near Penzance sits within the ancient Penwith landscape – its story has never been told. Now managed by the National Trust, a house has been situated on the grounds since at least the 16th century. With stunning panoramic aerial photography and specially commissioned music score, the documentary has been filmed over three years with unprecedented access. Come on a seasonal journey of discovery and explore the history and heritage of this remarkable garden and the people who have left their legacy on the land.

The main documentary is accompanied by a short film, Hearing the Horizons Endure – an exploration of horse logging, a traditional method of forestry upkeep, deep in Devon’s Teign Valley.