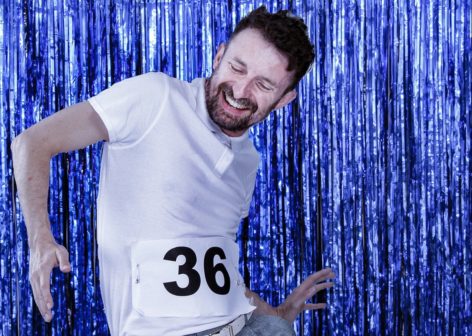 
As a child, Dan lost a British holiday-camp dance competition. Largely because he totally misunderstood what competitive dance was, and they didn’t play his song of choice – Venus by Bananarama. This performance enacts the version of the event that he would have liked to happen, the dance he would have performed had he known better, been braver, had a Little Miss Sunshine moment.

Venus is a combination of contemporary dance, confessional and comedy, inviting members of the audience to take on the roles of the judges, other contestants and enthusiastic family members at the competition. This an opportunity for all of us to win, if only for the duration of one song by a 1980’s girl group.

Dan has made a little film especially for us and the other rural schemes he is visiting on this tour….