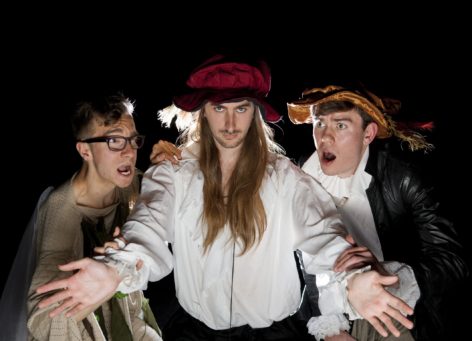 
Oberon’s gone mad. We’re talking full on Hamlet. The fairy king of Midsummer has kidnapped William Shakespeare and his mischievous sidekick Puck has brought him the Infinity Quill. A quill unlike any other, for the Infinity Quill has the power to rewrite history itself and forge a new future at the will of its master.

Having debuted at the Edinburgh Fringe 2015, this show is a fast-paced comedy featuring fairies, Romans and a whole host of madness.