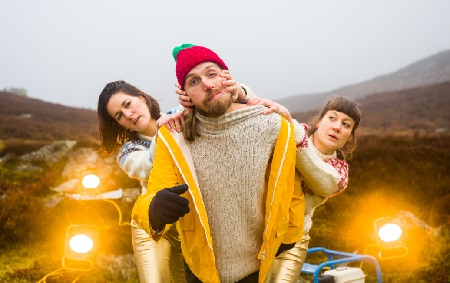 
Full of magic and dark humour, the North follows the whimsical story of John, a young man who finds himself lost in the harsh yet delicate wilderness of the North with only himself and two eccentric Northerners for company. Without any memory of who he is or where he comes from, John searches for his own identity in an increasingly unpredictable environment, an imaginary place where being lost is the norm and letting go the only way to survive.

Blending elements from dance, physical theatre and puppetry, the North features cinematic visual and sound design with original music by Luke Sutherland (Mogwai) and an eclectic soundtrack from Wagner to Frank Sinatra.