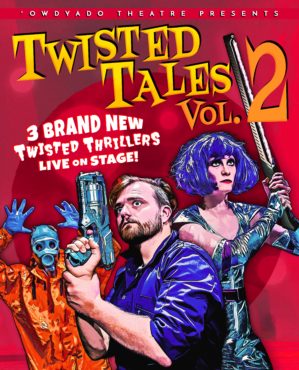 
Back by popular demand is a brand new show by ‘Owdyado Theatre Company. Following on from the huge success of Twisted Tales, this is a new trilogy of darkly comic and surprising stories of the macabre and mysterious from three distinct voices: get ready for an anarchic night of  hilariously dark theatre!