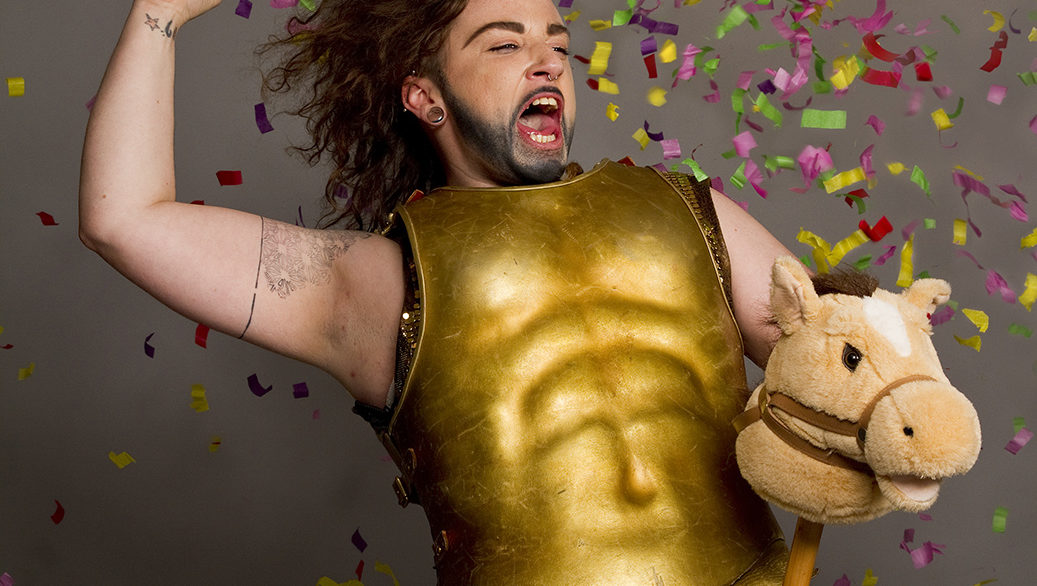 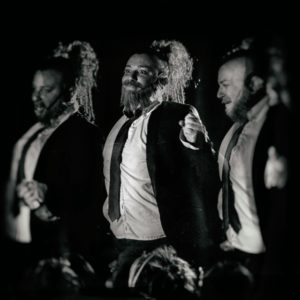 Electric performance, in turns witty, funny and deeply emotional. I was attracted to JOAN at the NRTF conference in Falmouth because of Lucy’s powerful personality, strong stage presence and her ability to interact with the audience. I liked the idea of challenging our local audience with something very different.

What we got was Lucy Skilbeck’s brilliant script; a powerful combination of the story of Joan of Arc skillfully and sensitively intertwined with the exploration of gender identity. Lucy Jane Parkinson gave a masterly performance.

She is an actor totally in command of the role and the space. The audience thoroughly enjoyed interacting with her, whether playing their part in the battle scene with gusto or being picked out as individuals.

Lucy is quick witted, funny and a great actor with an amazing singing voice. The set was great with four tables, mirrors, and excellent sound and lighting brilliantly managed by Adam. What made the performance was the contrast of humour and deep emotion. There were moments when you could hear a pin drop and at the end there were tears in the audience. 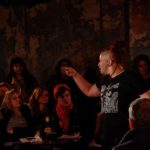 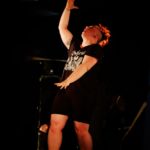 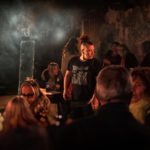 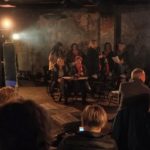 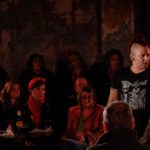 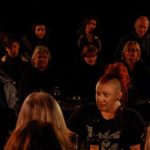