With everything from ghost stories with technical wizardry to interactive experiences, fierce contemporary dance, comedy, clowning, and outstanding classical music, we are delighted to launch our Spring Season 2019.

There are more than seventy shows coming up between now and June so make sure you peruse the brochure, book your tickets and enjoy some more quality entertainment on your doorstep. If you’d like a rundown of events coming up each month delivered directly to your inbox, make sure you sign up to our mailing list here.

Here’s a taste of what’s to come… 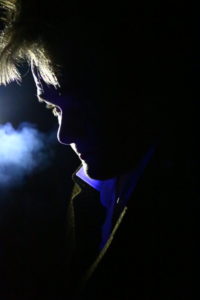 The first show this spring takes place on Saturday 12th January with rip-roaring thriller Hyde and Seek by Flat Packed Theatre at Callington Town Hall. Utilising innovative lighting and chilling soundscapes this is an intimate and lavishly visual storytelling experience for everyone aged 12+.

On the 26th Coppice Theatre invite families to join them for an evening of marvellous Science Adventures with interactive technology, storytelling, puppets, music and a band of mad scientists at Launceston Town Hall.

February kicks off with a contemporary retelling of the classic fairy tale Hansel & Gretel by Uchenna Dance at Devoran Village Hall (Sunday 3rd). Watch as two young heroes find themselves lost in London, overwhelmed by the sights, sounds and smells. Together they must outwit the adults to find their way back to their loved ones.

On the 9th Daria Kulesh will take audiences at Grampound Village Hall on an enchanting and uplifting journey with captivating songs from her new album Long Lost Home. 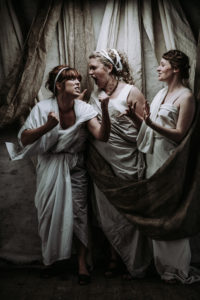 At AMATA in Penryn on the same night, Scratchworks Theatre rewind to 46BC in Ancient Rome for their latest production, Womans. Produced last year to coincide with the centenary of the first votes for women in the UK, this is the raucous tale of the first female resistance with physical comedy, clowning and original music. 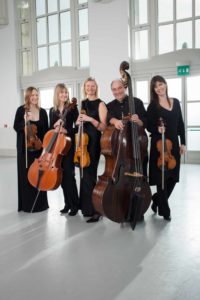 The 13th and 14th of February offer six different performances across Cornwall by the unbelievably talented Bournemouth Symphony Orchestra. To encourage new audiences, if you bring a friend or neighbour  (who have never been to a Carn to Cove event) to one of the Valentine’s Day shows, we will give you a little gift!

Other highlights in February include The Winding World by Bagas Degol, the true tale of a baby found in the snow in a Cornish cove and a laugh out loud one man play (Rubber Ring) by James McDermott about learning to love yourself at AMATA. 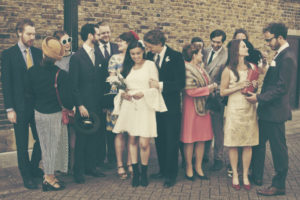 In March you can enjoy an evening of romance, drama and the sounds of the swinging sixties at It Is Now by Anonymous Is A Woman Theatre Company or be captivated by the memories, myths and songs of smuggling, shipwrecks and survival in Peril at Sea by Up The Road Theatre.

There is also a fascinating documentary about Trengwainton produced by Barbara Santi, awen productions CIC and a one-off performance of The North by Joan Cleville Dance that is full of magic and dark humour.

Other Highlights This Season

Mixing classic country music with modern satire, Ryan has forged a sound between contemporary folk and dyed-in-the wool country. With nuances of pop and western swing, his songbook reminiscences of the early hillbilly and folk pioneers but stays very much in the current landscape. 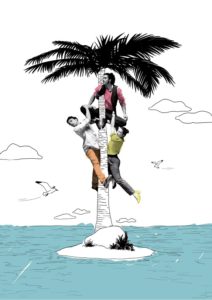 ISLA is based on the dreams and hallucinations of three shipwrecked characters who find themselves alone and need each other to remake their story. These characters create unbelievable situations and choose the most bizarre strategies to overcome the limits of their island. Based on a work of movement and body, the most typical tools of the circus, such as acrobatics and the Chinese pole form part of the show as a scenic language. This project reminds us of the subtle barrier that exists between physical theatre and dance; circus and risk, and magic and dreams. 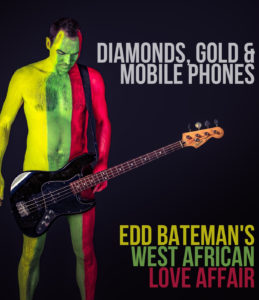 Saturday 11th May at The Poly, Falmouth

From Senegal to London, ‘Diamonds, Gold & Mobile Phones’ is the second, self-produced album by Edd Bateman’s West African Love Affair, this time recorded in the troubled Casamance region of Senegal. The debut featured 15 guest musicians from 8 different West African nations, dueting with Edd on songs he had written in the traditional genre of their respective countries. These new songs have retained the vibrant percussive and melodic complexity of traditional African music and subtly fused it with contemporary electronica.

That really is just a  sample of what is to come – this season offers loads more comedy, theatre, dance and live music (far too many shows to mention!), so find details of all our upcoming performances here.