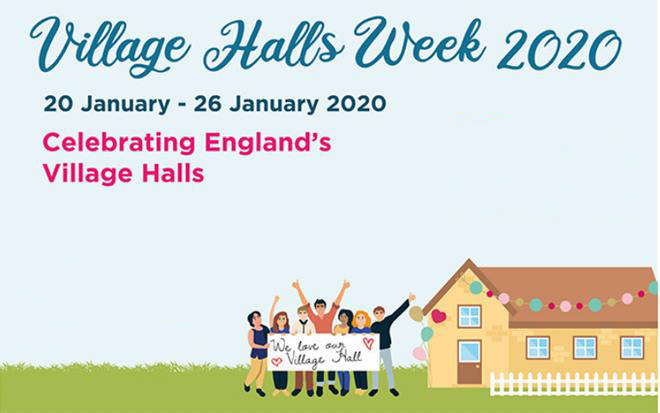 Carn to Cove, Cornwall’s rural touring performing arts scheme, is celebrating all that is wonderful about Cornwall’s village halls as part of Village Halls Week (20th-26th January 2020). Village Halls Week is a national celebration of rural community spaces and the people whose time and dedication keep them going, and we will putting the spotlight on the hive of arts, social and economic activity that our village halls provide in Cornwall’s communities.

Project Director of Carn to Cove Tim Smithies will be in London with the NRTF at the start of the week to lobby MPs at the invitation of Lord Gardiner of Kimble with fellow rural touring schemes and the National Rural Touring Forum to talk about the work of the many volunteers and community workers active in village halls, supporting the arts from the grassroots in Cornwall with audiences and energy.

Cornwall’s village halls are an integral part of village life but can sometimes be overlooked. Think back over the years; birthday parties, wedding discos, the polling station, WI meetings, flower shows, and community breakfasts are the fond view in the national consciousness. Nowadays the village hall also supports many small businesses and events as a multi-purpose community venue, especially in the performing arts and film world. Carn to Cove and C Fylm (the community film screening club in Cornwall) have seen and nurtured many new businesses and organisations in their early days in the creative industries on the village stage. For example, two-times BAFTA-nominated filmmaker Mark Jenkin who described Cornwall’s “robust village hall screening network” in an interview with The Guardian; Kneehigh Theatre who created theatre for families in village halls within their communities; James Wilton Dance Company; International Musicians Seminar concerts; Miracle Theatre… and so many more. Behind each organisation is an army of designers, producers, performers, musicians, and crew whose livelihood depends on the platform that village halls provide for new creative work. In fact, nearly the whole cast of Mark Jenkin’s film BAIT had their first professional experiences in rural touring theatre!

With modern online tools, the village hall is also able to join the digital revolution. Livestreams of performances and the use of projection, video recording and streaming technologies in our halls can support isolated people in rural communities to not only take part but also to share new content online and address social issues of loneliness and isolation as well as having great fun.
Carn to Cove is also very active in supporting the strong voices which speak for a diverse cultural identity in Cornwall – writing, music, visual arts and Cornish heritage – providing a small scale base from which regionally and internationally significant and distinct voices emerge.

Carn to Cove is supported financially by local audiences paying for tickets to performances, an army of volunteers and grants from local authority Cornwall Council and Arts Council England. We entertain locals in the main but also welcome visitors to our events which can all be booked online at www.carntocove.co.uk/event.

So, this Village Halls Week (or every week!), come to your local village hall to enjoy the amazing collection of performances or maybe just to enjoy the higgledy-piggledy collection of the buildings themselves which have been bequeathed by generations at the heart our community. In Cornwall we excel in distinctiveness – Carn to Cove arts events take place in old Nissan huts (Warleggan), glorious new purpose-built buildings thanks to National Lottery funds (Carnon Downs), but also restored chapels (Constantine), and old historic railway turntable sheds from the Industrial Revolution (Devoran)… to name only a few.